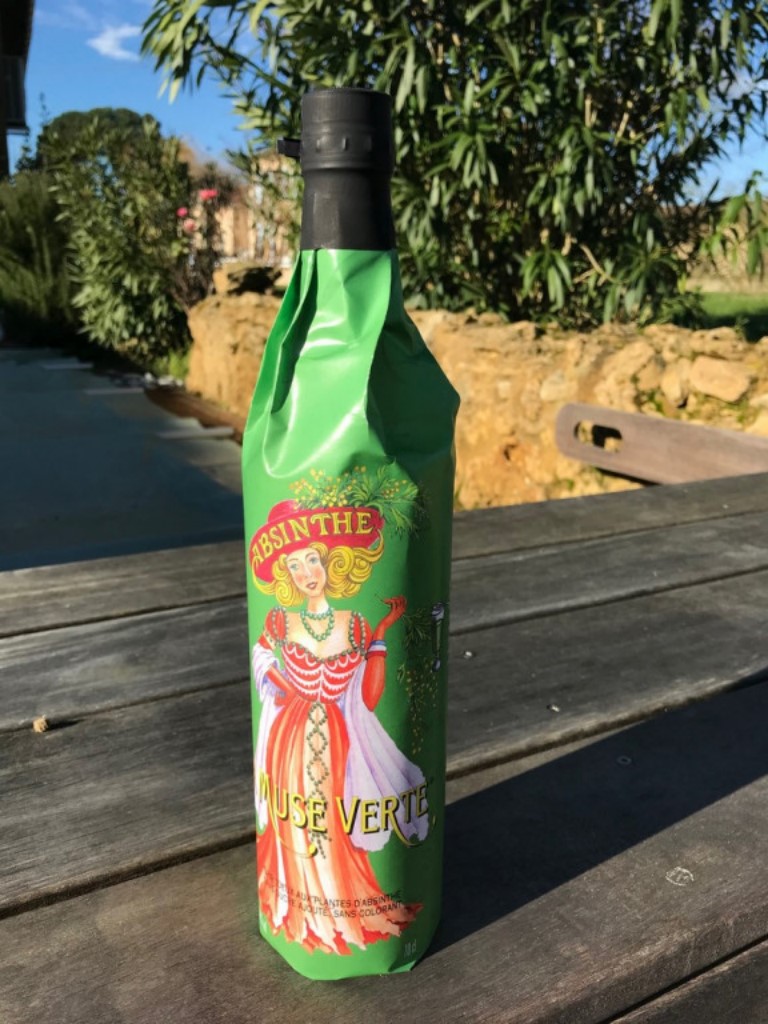 Product without dyes or preservatives

From it medicinal origins

The first absinthe elixirs or liqueurs were made in the second half of the 18th century in the Val de Travers, a small vallery at the foot of the Swiss Jura Mountains.

At the time, it was a remedy derived by Henriod Family from a medicinal recipe. Its use spread to the neighboring regions thanks to e French doctor in exile, Pierre Ordinaire, who used this “potion” as a medication for all sorts of disorders.

From Useful to Pleasant

Upon the doctor’s death, the elixir formula was sold to Major Dubied-Duval who, with the help of is sons and his son-in-law, Henri-Louis Pernod, established the first absinthe distillery in 1797. The elixir thus became more a refreshing drink than a medication.

It was at this time, that people started to drink absinthe (between 68° and 72° proof) diluted with cold water. Its success with local population gave Henri-Louis some ideas. He decided to start industrial production, first in Switzerland, then in France. With the success of the first distilleries, still more were opened. The marketing of absinthe had begun.

Absinthe moves up in the ranks

In the 1830’s, absinthe was given to French soldiers who went to Africa to treat dysentery. In the heat, the drink was a big success. When they returned to France, these combat veterans continued to drink absinthe while the bourgeois, the working class and artists all fell under the spell of the green muse.

The fact that some people drank excessive quantities of absinthe, its high alcohol content and the appearance of numerous adulterated products led to serious public health problems. Absinthe quickly started to overshadow wine-based products and producers did their best to get it taken off the market.

In 1915 absinthe was outlawed in France, along with all alcoholic beverages with alcohol content above 30°.

The absinthe prohibition hit almost all of the consumer countries (Switzerland, the Netherlands, United States, etc.)

Today the sale of absinthe is authorized.

Our Absinthe is produced from the distillation of plants that are first macerated in 85° alcohol with water added.

The plants used are:

As well as other plants that we select and add in carefully defined proportions.